Why does the used video game industry exist? The rise and expansion of the used game stores such as GameStop (GME) in the 1990s to early 2000s.
Collectible video games, particularly those that are rare or used, became popular after baseball cards. The proliferation of internet technology also contributed to the growth of the used video game industry by allowing for the frequent production of video games and the creation of a robust secondary market for used games. Many customers were willing to trade their completed games for new or used ones due to the constant release of new game titles.

However, both the used video game and baseball card industries lack official marketplaces, leaving customers unsure of the fair price for what they are buying or selling.

As a teenager, I loved visiting FuncoLand, a used video game and technology store that ranked second on Forbes’ list of the fastest growing companies in 1998. FuncoLand was an excellent place to purchase both new and used video games, and it also had a few consoles available for customers to try out demos. In the early 2000s, FuncoLand merged with EB Games to become GameStop.

Reason #1: Since 2010, GameStop’s business model has been in decline due to a decrease in console unit sales, weak pricing power, the increasing popularity of digital downloads, and the decreasing value of used games. In the past decade, many retailers have struggled to survive, and even specialized private equity groups that have tried to revitalize the retail industry have ultimately failed. Many retail giants, such as Bonwit Tellers, Incredible Universe, and Kids “R” Us, have either disappeared or significantly downsized. Millennials may enjoy nostalgicically reminiscing about the 90s, but they are not likely to shop at GameStop due to its high prices, inconvenient locations, unethical business practices, and lack of authenticity. All niche communities are built on authenticity, and when GameStop changed its name and business model, it lost that authenticity as well.

Management has speculated that the release of new gaming consoles will help to boost sales in 2020. However, in the most recent quarter of 2019, GameStop’s CEO, George Sherman, was surprised by the steep decline in sales. There are now too many GameStop stores, and new and used games can be found much cheaper elsewhere. Some bullish investors believe that GameStop will automatically recover sales through the new gaming console cycle. However, over half of GameStop’s console market opportunities have vanished between 2008 and 2020. In 2008, a total of 90 million consoles were sold worldwide, while estimates for 2020 range from 30 to 40 million. 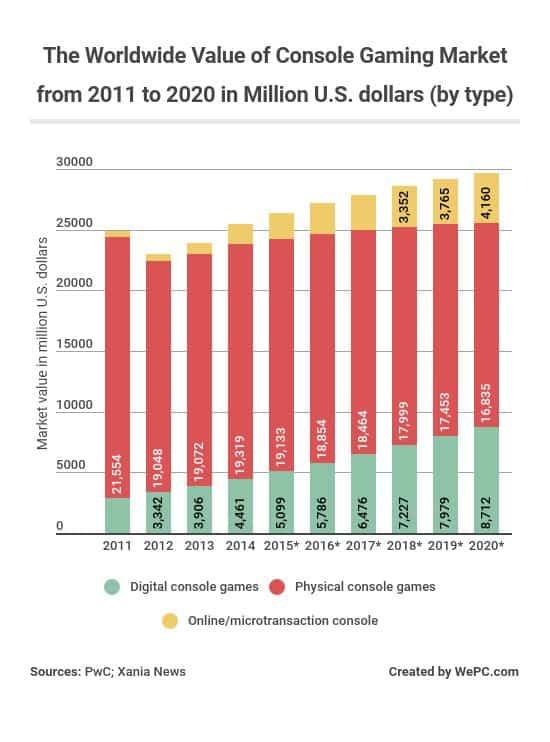 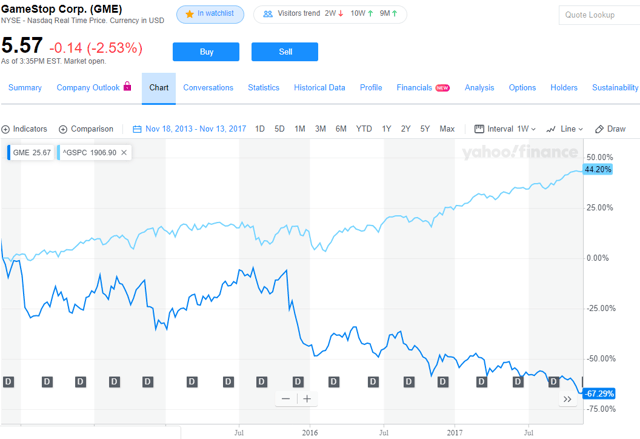